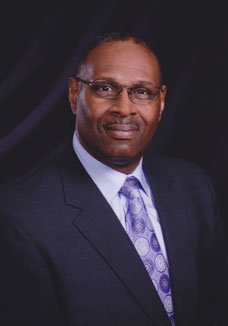 A native of Pittsburgh, Pennsylvania, is the son of the late Deacon Steve Butler and Mother Carolyn Butler resides in Baltimore, Maryland.  Rev. Butler moved to Maryland at an early age.  He was educated in the Baltimore City Public School System and received his high school education at Harford Technical High School, from which he graduated.

After completing his studies at Coppin, Rev. Butler matriculated to Wesley Theological Seminary in Washington, D.C.  In May of 2001, he received his Masters of Divinity. He was also awarded The Fellowship Seminarian Award, established by The Fellowship of United Methodists in Music and Worship Arts, given to graduating seminary students who display outstanding leadership in music and worship arts.

In 2019, Dr. Butler completed his Doctor of Ministry Degree as a Martin Luther King Beloved Community Scholar. In addition, he formulated “A Model for Congregational Unity for the Purpose of Developing Disciples” at the United Theological Seminary in Dayton, Ohio.

In 1976, Dr. Butler joined the Maryland Army National Guard.  His military career spanned 41 years. He is known as Chaplain Lieutenant Colonel William Butler in the military community. He served as Chaplain for the 1100th Theater Aviation Sustainment Maintenance Group (TASM-G) in Edgewood, Maryland.  His other areas of military service include:

Rev. Dr. Butler answered his call to ministry in 1980 and is presently serving as Pastor of Queens Chapel United Methodist Church in Beltsville, MD.

Dr. Butler is happily married to Lady Sonja Butler, the love of his life.  They work closely in ministry and are the proud parents of four children and grandparents to 17.  Rev. Dr. Butler is a loving, dedicated family man, and his family is his greatest blessing.

Because of God’s goodness; and because of Dr. Butler’s obedience to God’s calling on his life, He has accomplished great things in his military career, academic career, and ministry.  However, there is nothing more critical to Rev. Dr. Butler than his relationship with his Lord and Savior, Jesus Christ.

Rev. Butler’s favorite Scripture and the life philosophy he lives by can be found in Proverbs 3:5-6.

Trust in the Lord with all your heart,
And lean not on your own understanding; In all your ways acknowledge Him,
And He shall direct your paths.

TO GOD BE THE GLORY FOR THE GREAT THINGS HE HAS DONE!

We are grateful for the opportunity to serve God and this wonderful church.  Since coming to Queen’s Chapel United Methodist Church over three years ago, it has changed our lives in ways we never could have imagined. That is our hope for every person who connects with our church–whether in person or online–the love of God and His people would transform that your heart, and that it would improve your life as you learn to apply His Word.

We encourage you to take advantage of all that QCUMC offers, from the Bible-based teachings and dynamic events to the opportunities to use your gifts and talents to serve God and others.

We are always amazed by the endless testimonies of breakthroughs, healing, and restoration that we hear from people connected to this ministry. We pray that in your experiences with God and this church, one day, your story will become one of them.

“Experience a community that embraces everyone, members, and guests alike, with the love of God. Bring your entire family–children, grandparents, and everyone in between–to experience ministry for every generation.”

This site uses cookies. By continuing to browse the site, you agree to our use of cookies.

We may request cookies to be set on your device. We use cookies to let us know when you visit our websites, how you interact with us, to enrich your user experience, and to customize your relationship with our website.

Click on the different category headings to find out more. You can also change some of your preferences. Note that blocking some types of cookies may impact your experience on our websites and the services we are able to offer.

These cookies are strictly necessary to provide you with services available through our website and to use some of its features.

Because these cookies are strictly necessary to deliver the website, refusing them will have impact how our site functions. You always can block or delete cookies by changing your browser settings and force blocking all cookies on this website. But this will always prompt you to accept/refuse cookies when revisiting our site.

We fully respect if you want to refuse cookies but to avoid asking you again and again kindly allow us to store a cookie for that. You are free to opt out any time or opt in for other cookies to get a better experience. If you refuse cookies we will remove all set cookies in our domain.

We provide you with a list of stored cookies on your computer in our domain so you can check what we stored. Due to security reasons we are not able to show or modify cookies from other domains. You can check these in your browser security settings.

We also use different external services like Google Webfonts, Google Maps, and external Video providers. Since these providers may collect personal data like your IP address we allow you to block them here. Please be aware that this might heavily reduce the functionality and appearance of our site. Changes will take effect once you reload the page.